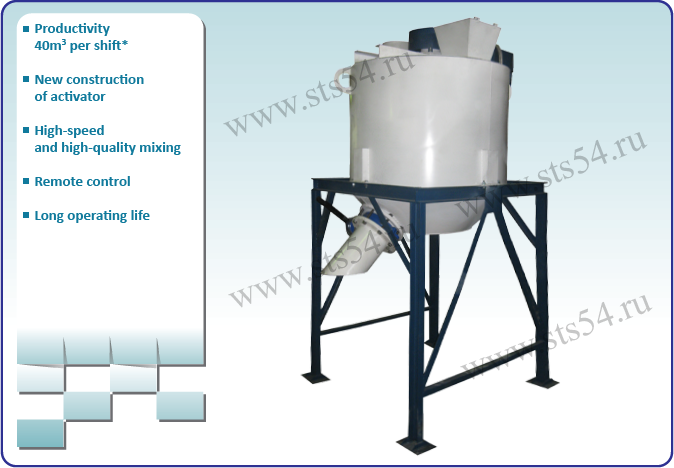 GB-0,85 mixer is a machine of cycling type. Mixture components are loaded in batches, through a hole in the hopper. Components of the mixture are mixed with the fast-running rotor placed in the immovable cylindrical tank with a base in the form of conic frustum.  The rotor runs with the help of the electric motor through V-belt transmission. The direction of the rotor rotation is clockwise when viewed from above. Running the rotor blades kick mixture to the walls of the conical part of the tank. Then the mixture goes spirally up, and then under gravity action and upper blades mounted on the rotor axle, comes back to the rotor and again starts moving.

To prevent access to the working part of the mixer during operation the mixing tank is closed.